my postion:
A A A Upsize Font

The history of the Mazza estate 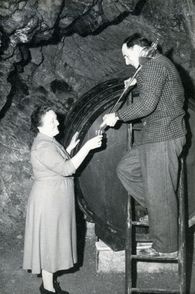 'Auf der Burg', the oldest part of Weissenkirchen, is situated on a sunny hillock above town near the Scheiben quarter, which, in the year of 1905, was designated as the oldest part of Weissenkirchen by the historical researcher Dechant Plessar. In times past, it served as a retreat for the local citizens during foreign incursions, and the Weinzierl gate then stood near the estate.  The path to neighboring Weinzierl  meandered out of this historic town quarter, not along the brook as in present time.